A  LEGEND IN YOUR OWN MIND

(NKJV):   Romans 12:3 = “For I say, through the grace given unto me, to every man that is among you, not to think of himself more highly than he ought to think; but to think soberly, according as God hath dealt to every man the measure of faith.”.

(CEV):   Romans 12:3 = “I realize God has treated me with undeserved grace, and so I tell each of you not to think you are better than you really are. Use good sense and measure yourself by the amount of faith that God has given you”.

Do you want to know one of the secrets of staying in the Will of God, of keeping yourself from getting off track?

Proverbs 16:18 says, “Pride goeth before destruction, and an haughty spirit before a fall. “How many times have we seen that borne out! How many times do we see believers get into trouble because they get an overblown idea of themselves? They begin to think they’re so smart that they have it all figured out.

Then, the next thing you know, they’re thinking they have to straighten everyone else out. Instead of just letting Jesus be Head of the Church, they feel like they have to step in and do the job.

Once that happens, it’s just a matter of time before they’re flat on their faces in failure. Why? Because the Bible says ‘God resists the proud! (1 Pet. 5:5)’.

Don’t put yourself in a position where God Has to resist you. Rate your own abilities soberly. Adopt an attitude of humility. Keep a watch on yourself, and when you catch yourself getting puffed up with your own greatness, repent and remember that every good thing you enjoy and every bit of success you’ve had has come by The Grace of God and by His Power.

Look back on your life and see how many times you could have lost what God had Given you. See how many times, when you were floundering around making every mistake imaginable, His tender and precious Mercy pulled you through.

Don’t become a legend in your own mind. Instead, humble yourself beneath the mighty hand of God, and let God do the exalting–that prevents some very painful falls. 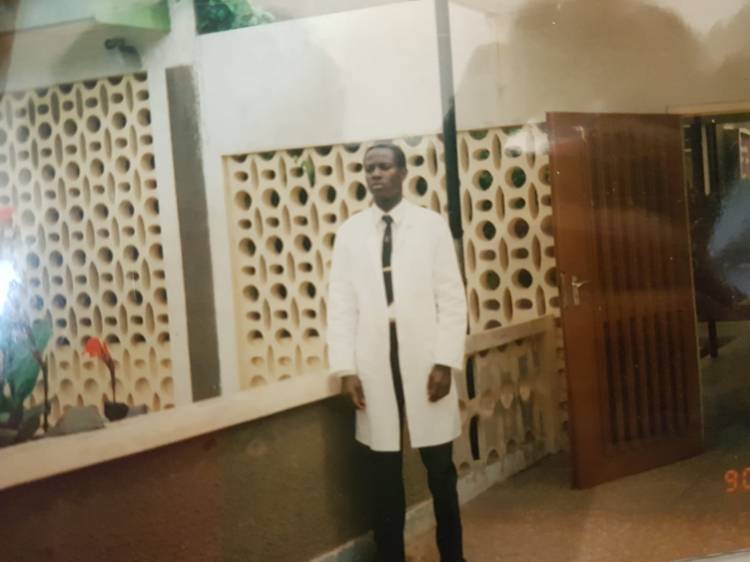 I am a British Medical Doctor. I was born & raised up in Ghana, but I am now living and working in London. I trained at the School of Medical Sciences (SMS), Kwame Nkrumah University of Science & Technology (KNUST), Kumasi, Ghana. I qualified in1990, with Bsc (Human Biology), MB, ChB View more posts

6 thoughts on “FAITH TO FAITH”